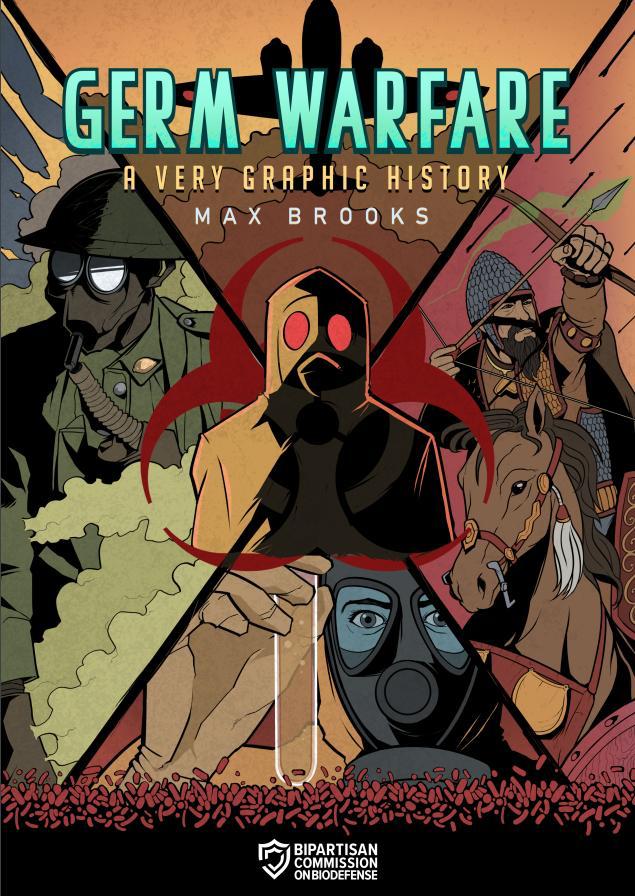 The history of comics or graphic novels stems from political cartoons in newspapers, to depict shifts in international relationships or important political events. This has allowed art to be made available to the masses, whilst also educating citizens on events of importance through a widely read medium; newspapers. Over the last few decades, this method of getting across messages through easily digestible illustrations has been seen in graphic novels. What is unique about using graphic novels to communicate changes in policy or other governmental shifts is that complex policies and movements are easily and simply understood by the population, through a form that makes it enjoyable to grasp 1.

There have been many graphic novels that are based on communicating the message of different governments. One example of this is the Zombie Preparedness Graphic Novel by the Centre for Disease Control and Prevention (CDC) 2. Published in 2011, the story focuses on Todd, Julie and their dog Max, who learn of a virus. The characters follow appropriate strategies to be prepared for this virus and also fight off zombies. The novel contains the message of how to be prepared for an emergency situation, such as the one we are facing now, using a scenario that can apply to everyone 3.

Using graphic novels as a medium of communication to get a message across enables governments to reach the public more effectively. Maggie Silver, a team leader on this project stated that “[The public] said how much they appreciated a government agency having a sense of humour 4.”

Using this form of storytelling therefore allows for governments to get their message across in a manner that is accessible to everyone and the zombie preparedness novel by the CDC has been well received. Furthermore Silver comments that the reason this novel was so popular was due to the use of zombies, which lets the reader’s imagination “run wild.” This indicates that if governments are creative and utilise a compelling story arc and narrative, they can tap into the minds of the public and put forward important concepts.

Another example is Germ Warfare. This graphic novel, written by Max Brooks, the author of World War Z,  focuses on the history of biological warfare. The aim of this project was to “provide for a comprehensive assessment of the state of U.S. biodefense efforts, and to issue recommendations that will foster change 5.” Similar to the Zombie Preparedness novel, Germ Warfare was commissioned to educate the public on the dangers that diseases present, how to combat them and address scepticism around the use of vaccines. As such, novels like Germ Warfare create a bridge between members of the public and institutions such as the government or public health bodies, to create what Brooks calls ‘a middle ground,’ which helps foster understanding and also trust.  Graphic novels serve as a tool to create awareness and education in regards to important issues such as health, because, as Brooks says;  “the experts can’t help us if we don’t help ourselves.”  Thus the graphic novel plays the role of educating the public in a way that is widely understood and stripped of political or legal jargon.

Furthermore, readership for graphic novels has been steadily increasing. According to data from the NPD Group, sales for comics and graphic novels have increased annually by 15% over the period of 2014 – 2017 6. Those in the 13-29 age range make up 57% of buyers, indicating that the consumption of graphic novels is high amongst those in the younger demographic 7. This presents a great opportunity to create content aimed at educating this segment of the population and engaging with them through graphic novels. We anticipate this trend to accelerate and possibly also morph into bigger production animations, as governments grasp the need to engage a new generation of voters and citizens, in ways that resonate with them.

We are a global startup taking on the world of education and publishing.